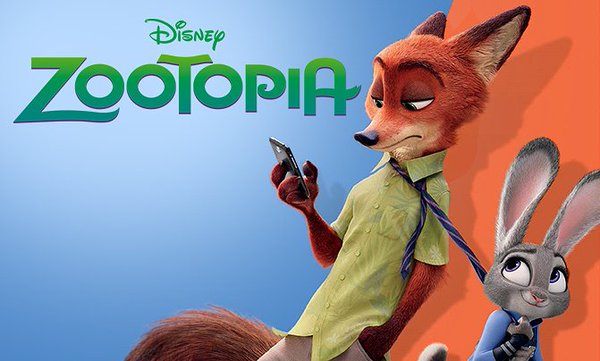 In a world populated by human-like warm blooded creatures, Judy Hopps, a rabbit from country Bunnyburrow, satisfies her adolescence long for turning into the first rabbit cop in urban utopia, Zootopia. In spite of being the police institute valedictorian, Judy is consigned to parking duty by Chief Bogo, who questions her potential. On her first day, she is hustled by Nick Wilde and Finnick, a swindler twosome.
The following day, Judy stops the parking duty to arrest Duke Weaselton, a hoodlum who stole plant knobs. Bogo censures her, however a female otter named Mrs. Otterton enters Bogo’s office arguing for somebody to discover her significant other Emmitt, one of fourteen predators who have secretly disappeared. Judy volunteers, making Bogo fire her for defiance. At the point when Assistant Mayor Dawn Bellwether commends the task and informs Mayor Leodore Lionheart that Judy is taking the case, Bogo gives her two days to discover Otterton on one condition that she should leave the dream of being a police behind if she does not accomplish the mission.

After finding out that Nick was the last one to see Otterton, Judy coerces him into helping her by secretly recording his admission to tax duty avoidance. They track Otterton to a limousine possessed by crime boss Mr. Big, who uncovers that his flower specialist Otterton went “savage” – returned to a wild state – and assaulted his driver Manchas. At his home, Manchas notice that Otterton had been shouting about “night howlers.” Moments later, Manchas himself turns savage and pursues the pair. Judy saves Nick by trapping Manchas and calls the ZPD for offer assistance. When Bogo and other police arrive, be that as it may, Manchas has vanished. Bogo requests Judy’s renunciation, yet she is saved by Nick who reminds Bogo that regardless she has ten hours to tackle the case. As they leave, Nick uncovers to Judy that he was bullied as a child for being a fox. Choosing there was no utilization in quarreling preferential thoughts over fox conduct, he turned into a cheat. 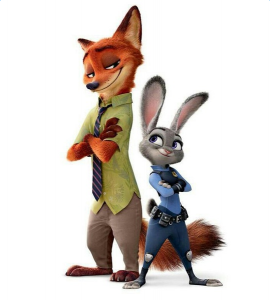 Bellwether gives Judy and Nick access to the city’s traffic camera system. They find Manchas was caught by wolves which Judy construes are the “night howlers”. They discover Otterton and the other missing predators detained at Cliffside Asylum where Lionheart has been keeping them escaped people in general and Dr. Madge Honey Badger is attempting to decide the reason for their peculiar conduct. Lionheart and those included are captured and Bellwether turns into the new mayor. Judy, applauded for comprehending the case and now companions with Nick, requests that he join the ZPD and turn into her partner. When she upsets him by proposing a biological reason for the lately predator conduct at a question and answer session, nonetheless, he leaves furiously. Guilt-ridden, Judy leaves her place of employment in the midst of a flood of protests against predators.

Back in Bunnyburrow, Judy gains from her parents and her improved youth bully, fox Gideon Gray, that “night howlers” are toxic flowers that have serious psychotropic impacts on warm blooded creatures. After Judy comes back to Zootopia and bitterly reconciles with Nick, they find Weaselton and discover that the bulbs he was stealing were night howlers proposed for a ram named Doug. They discover Doug in a lab covered up in the subway tunnels, making a night howler serum which he has been exposing to predators by means of a dart firearm.

Before they can go to the ZPD, Bellwether takes the evidence, uncovering herself as the driving force behind a prey-supremacist intrigue. Judy and Nick are caught in a pit by Bellwether’s henchrams after Nick declines to eliminate Judy when she is injured. Bellwether shoots a serum pellet at Nick to make him execute Judy, and frames a call to the ZPD, yet Nick had incapacitated Bellwether’s dart firearm by supplanting the serum pellets with blueberries. Angered, Bellwether undermines to casing Judy and Nick for the assaults, similar to she confined Lionheart, yet Judy has recorded Bellwether’s confession. Bogo and the ZPD arrive and arrest Bellwether and those included. Lionheart refuses that he knows about her plot, yet declares that he had justifiable reason to detain the savage predators. The predators are cured with a antidote, Judy rejoins the ZPD, and Nick turns into the city’s first fox cop and her partner. 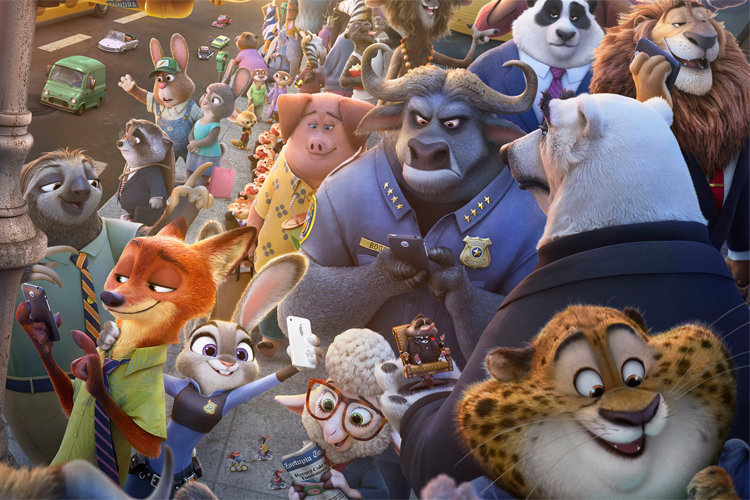