Maleficent – Evil and Hero in one 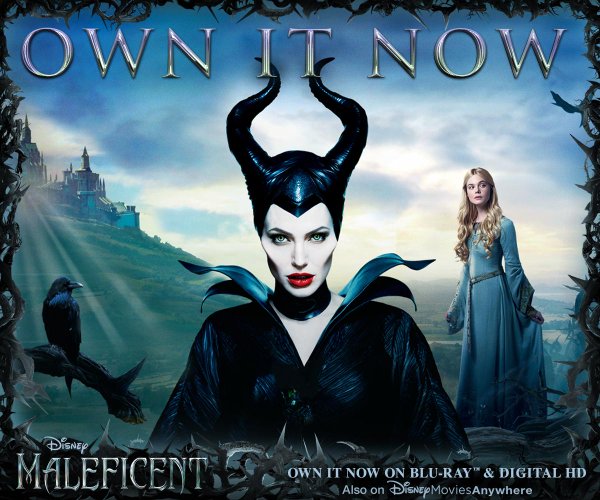 Maleficent is a fairy with magnificent power who lives in the Moors, a magical forest right next to the human kingdom. The little girl meets a boy named Stefan and falls in love with him, whose love for Maleficent is overshadowed by his ambition to become king. They grow up apart from each other, and Maleficent becom 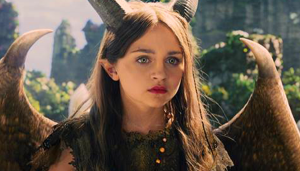 es the Moors’ protector. She is now old enough to force King Henry of human kingdom to retreat due to his attempt to conquer the Moors. Losing and being severely wounded in the battle, the king declares that he will marry his only daughter, Princess Leila, to whomever can kill Maleficent. Stefan tries to find Maleficent he does. Drugging Maleficent but not daring killing her, Stefan cuts off her wings and brings them to the King as the proof of her death. Feeling sorrow by Stefan’s betrayal, she declares herself Queen of the Moors, forming a dark kingdom with a raven that she gives the human form to and is named Diaval. He acts as her wings, her spy and confidant.

After some time, Diaval informs Maleficent that King Stefan has a baby girl, named Aurora, with Queen Leila (his wife) and is about to host a christening for the newborn. Bent on revenge, Maleficent arrives without being invited and curses the Aurora: on her sixteenth birthday, she will prick her finger on the spindle of a spinning wheel and fall into a sleep like death, from which she 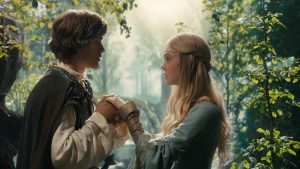 will never awaken. When Stefan begs for mercy, Maleficent offers an antidote: the curse can only be broken by true love’s kiss. Stefan tries to keep his daughter away from all the spinning wheels in the kingdom by destroying them and hides their remnants in the castle dunngeon, meanwhile Princess Aurora is taken care by three pixies – Knotgrass , Thistlewit , and Flittle, as the request of the King. He sends his armies to find and kill Maleficent, but she surrounds the Moors with an indestructible wall of thorns. King Stefan becomes obsessed by Maleficent trying to prevent the curse, even ignores to see his wife with serious sickness on bed.

Maleficent always pretends to hate Aurora but knows that she already has motherly feelings with the little girl when watching over her all the time. After a brief meeting with the young Aurora, Maleficent watches over her from afar. When Aurora is fifteen, she encounters Maleficent. Knowing that she is being watch

ed over, she refers to Maleficent as her “fairy godmother.” Realizing she has grown fond of the princess, Maleficent attempts to revoke the curse but she recalls saying
to the king that no power on Earth can revoke it and realizes that restriction applies to even herself. In the forest, Aurora meets Prince Philip, and the two are instantly smitten with one another. On the day before Aurora’s sixteenth birthday, Maleficent invites her to live with her in the Moors. The pixies inadvertently tell Aurora of her past and reveal Maleficent’s true identity, and  Aurora runs away to her father’s castle. 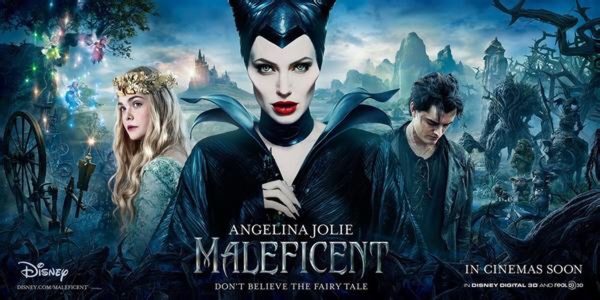